Cursive writing is not just an aesthetic pursuit; it’s a form of self-expression. But it is becoming a lost art in the digital era. With the increasing use of smartphones, laptops, and tablets for reading and writing text, does cursive writing still matter, or has it become an outdated learning tool in this age of tablets? Many of us will say yes, in the age of tablets and learning apps, writing on paper is getting lost. But do you know that cursive writing contributes to a child’s cognitive and sensorimotor region development?

According to neurological experts, there is a significant difference between handwriting cursive letters and typing or tracing them. The importance of cursive writing cannot be denied, especially for children of age 3 to 6 years, as it is essential for their development, literacy, and even self-expression. Let us understand what is cursive writing and how it helps our children to excel in their future.

What is cursive writing?

Cursive writing is a style of handwriting in which letters are joined in a streaming way. It is an attempt to write quicker with style.

Cursive handwriting acts as a connector between letters that form a word. It helps the child to see the letters as a word. Using cursive writing letters, a child can distinguish between each word.

In cursive lessons, all letters are beautifully defined and practiced to create muscle memory. By the time a child holds a pencil, they write smoothly and much better than print.

Why is cursive writing important for children? The beautiful art of cursive handwriting has great aesthetic worth. It has numerous benefits to learning this art, not exclusively to make composing alluring yet in addition for mental and psychological reasons.

How to introduce cursive writing letters in the curriculum?

Indeed, even before the child detonates into writing, they have numerous developments that show us how children in their initial advancing years are better prepared for the prologue to cursive.

In Montessori, writing is an integral part of the language curriculum and in such an environment, children learn cursive in several sequential steps. 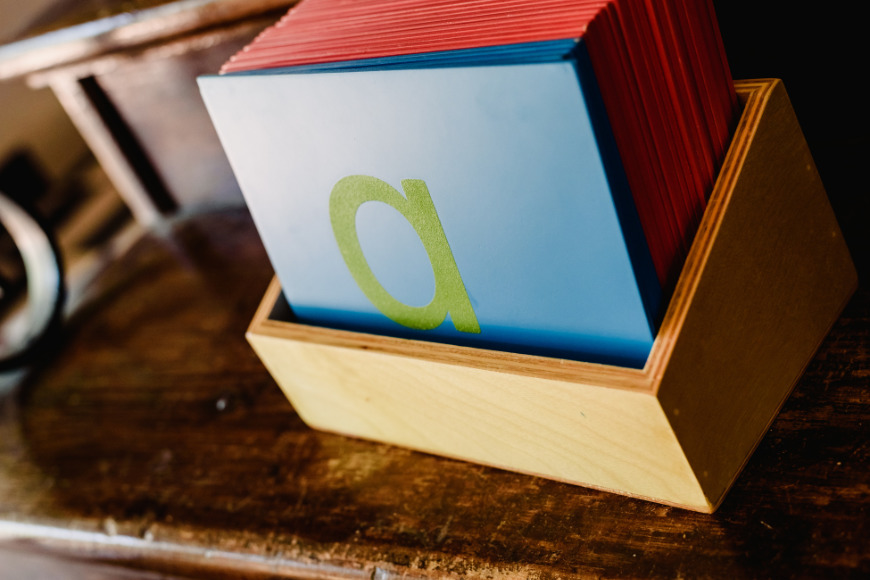 Without much effort, the child will learn to join all letters together, which boosts their confidence. It also gives them the image of a complete, finished word that solitary letters don’t.

Cursive handwriting- the need of the time

All across the globe, a child becomes familiar with gadgets as soon as their senses begin to work. Be it lullaby or rhyme monitors to watching cartoons, it all comes in the digital world. And the pandemic has taken it to a higher level where typing has replaced handwriting and tablets have replaced the books. It has become a need of great importance to bring the magnificence of written language back into their world. In this virtual, digital, and artificial world era, let’s go back to the old school as educators, homeschoolers, and primary caregivers to give future generations the lovely endowment of cursive writing skills. Cursive is the answer to encourage children to get back to writing habits.

From a Montessori point of view, as Maria Montessori says, “what the hand does, the mind remembers.” Hence, it is essential to put those tiny hands to work for their well-being.

For more ideas on teaching the cursive skill to the child, refer to the GMN website: In recent years, sensory integration has become a part of an important discussion in education. But it is talked about more frequently since the pandemic How Does Montessori Education Foster the Development of Cognitive Skills in Children? How to Apply Montessori Principles While Setting Up Home Library for Children?

Reading is an essential skill in everyone’s life. Not a single day or hour goes by when we are not reading something. It is also